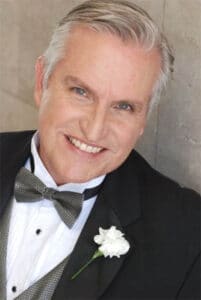 Daniel Lockert is a multi-talented pianist/collaborator, organist and harpsichordist. He was honored as the only American finalist at the first International Accompanying Competition held in Den Haag, the Netherlands. He has partnered with many notable singers including Deborah Voigt, Janice Taylor, and Christòpheren Nomura. His chamber music performances have included appearances with the Alexander String Quartet, among others. As well, he has worked with a number of distinguished conductors.

Following one of his many recital appearance, the Los Angeles Times noted that “Daniel Lockert was the expert pianist of the occasion; his sensitive and authoritative playing matched in every way the level of the singing.” In addition to serving as Chora Nova’s regular accompanist, he is staff accompanist at Santa Clara University, as well as assistant organist at First Congregational Church of Palo Alto and pianist/organist at Temple Isaiah in Lafayette. In his role as coach and teacher, he has been on several faculties including the Juilliard School, the San Francisco Conservatory of Music, Mills College, and Holy Names University. He has also served on the coaching staff of the San Francisco Opera, Opera San Jose, and the Aspen Music Festival.